I freaking love this game. I first played it in December 2010 (I very distinctly remember it being around the same time I saw Tangled and first started watching The Office- this is how I keep track of "life events"- by remembering what I happened to be watching at the time or what was new lol). But anyway, yeah, everything about this game just works for me; the story, the characters, the look, the music, the gameplay (even if it does feel a little "clunky" compared to later entries in the series), the overall atmosphere. Just perfect.

I'm pretty sure that I've played through the game at least once a year since I've gotten it. That's how much freaking fun it is. But, like, not only is it fun, but you can play through the story pretty quickly (especially if you know what you're doing) so for me, if I want to play something fun and comfy and familiar and don't want to "commit" a lot of time to something, this is the perfect game for that. BUT... if I want to extend my time with it, there's always finding all the Riddler secrets, which I actually just did for the second time in the remastered version. And even that didn't take toooooooooo long. It never feels like a chore.

I never really did the challenges though. I've done a few here and there, but that seems like the kind of thing that would just end up frustrating me lol. I had more tolerance (aka patience) for that kind of stuff when I was younger and had a lot more free time, but these days I'm just perfectly happy playing a game to have fun.

In my opinion, this is the best of the Arkham series. Don't get me wrong, Arkham City is an extremely close second, but this one just feels more "focused" to me. You have a set story to follow. Sure, you encounter stuff like Scarecrow's nonsense, but it still feels more focused (while in Arkham City, you'll be playing the story and then it's like "THERE'S A FLARE ON KRANK CO. TOYS! GO CHECK IT OUT AND HAVE BANE GIVE YOU AN ASSIGNMENT!" (which, it's not that it's not fun of course, but sometimes it's just like.. ugh I'm in the MIDDLE of something).

And this confused the F out of me the first time I played it. Freaking brilliant: 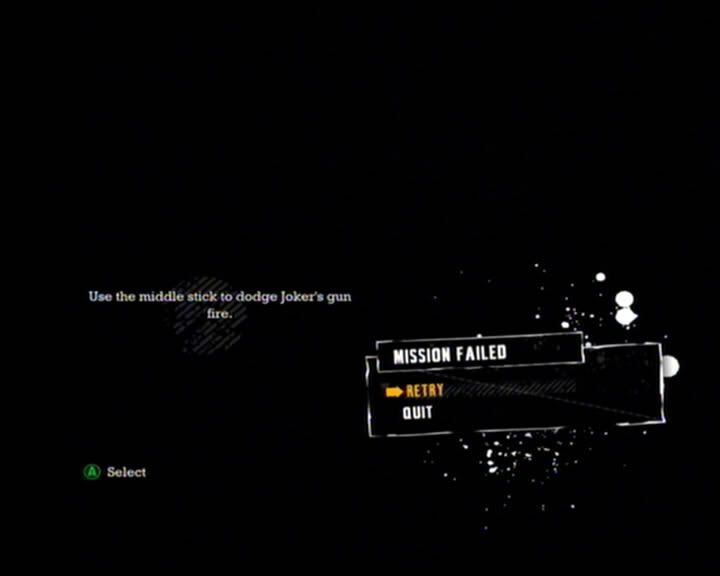 Of course, I have to rank the games:

Yeah... it's in release order... pretty boring but what can I say? They're all good though. Arkham Knight being the only one that I have genuine (by my standards) issues with.

Back to Thoughts on Games

Back to The Main Page